In the morning, we started with high ropes which was very funny. There were four different activities to do: the first one was jenga, the second one was like stairs, another one was the leap of faith and the last one were the moving planks. Then we had lunch at 13:00 and after we went canoeing. We crossed the river but it was not very easy because some people fell down from the boat and the water was freezing. After that we came home for dinner and we ate pizza. We then got ready and we went to the coastal town called Portrush. There we went on roller coasters that were very exciting and also visited the beach. Finally, we came back to Woodhall and wrote the blog. Now we are going to party with friends (Irish, British and Basque people) so goodnight!!!!!!!!!!!! 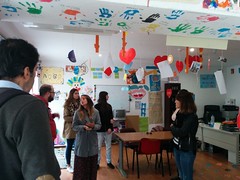 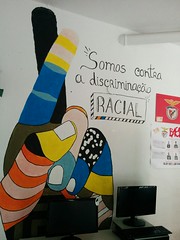 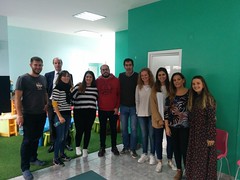